Sellia with the “Kastellos” (Akropolis) top left and its church “Agios Georgios”, as well as its cemetery        (©) Andreas Engelhardt

This is a translation from the original german version, as best I was able to do and with the little help of Google translator. So please forgive any error or mistake. And please let me know of any grammatical/orthographical/or other bug. Thanks

The community of Sellia consists of the settlements Sellia, Plakias and Souda. It belongs to one of the larger villages of the municipality with a total of 540 inhabitants according to the census of 2011. Sellia itself (316 inhabitants) is a traditional mountain village, which extends over two mountain saddles, situated on the south-east slope of the mountain peak Krioneritis (1,310 m). The village’s altitude is about 280m above sea level, overlooking the bay of Plakias (eastern part of the village) and Souda Bay, as well as the island of Gavdos (western part of the village). It’s extented over an area of 14 km², 6 km² of which is agricultural land. It is bordered to the east by the Kotsifou River, to the west by the line Souda – Finikias – mountains, to the south by the sea (Souda – Plakias) and to the north by the mountain range above the village.

The village is called Sellia, because it was built on two saddles (from the Greek word η σέλα / the sela = the saddle). The Kotsifou Gorge frames the entrance from the north to Sellia. It is named after the blackbirds who built their nests in the rocks – the gorge of the blackbirds. The traffic connection via the upper part of the gorge was made possible in 1951-53 by the elaborate and difficult construction of the road. Before that time there existed only a donkey’s path. 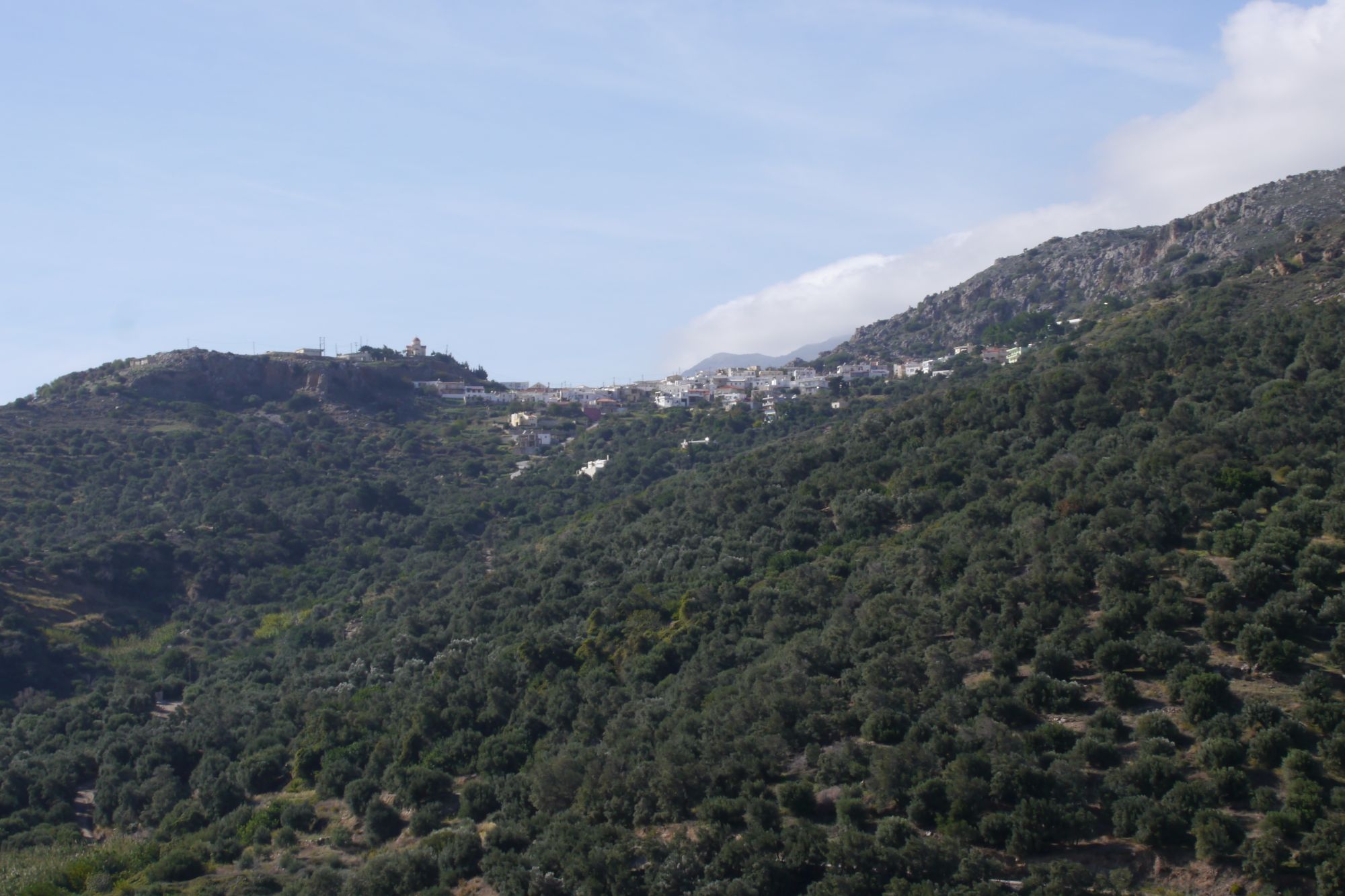 Archaeological researches indicate that settlements in the Neolithic area (11,500 – 3,500 BC) existed in the local area.

The most important archaeological stretch is located in the area of ​​Finikias-Souda-Voukelaris, where remains from Roman and Byzantine times have been found.

The village was founded around the year 1,200 AD, when the former settlements (Souda, Voukelaris, Agia Marina, Kampos, Plakias) joined together to protect themselves against attacks by the Corsairs. 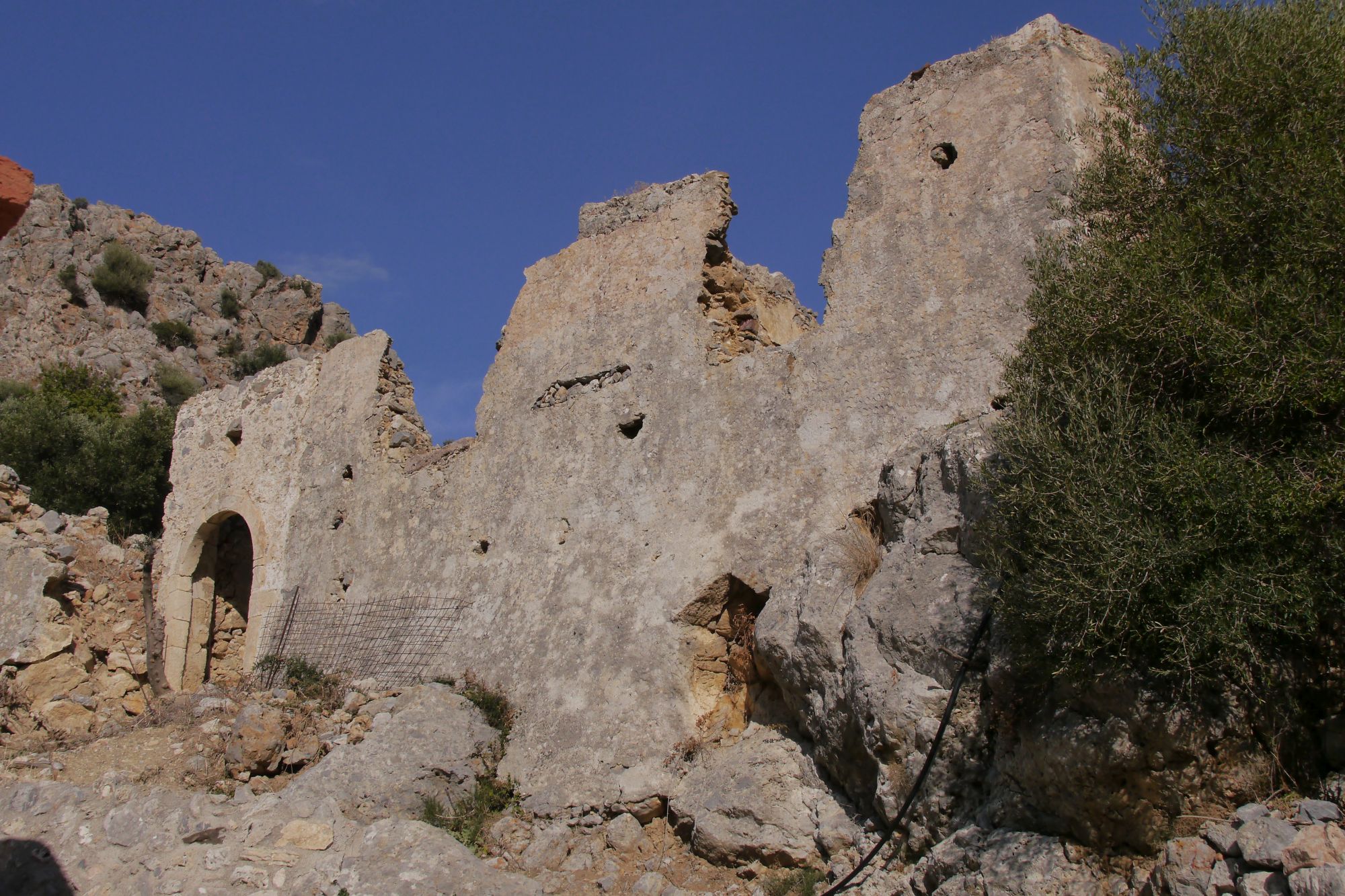 Only the settlement of Finikias with the monastery of Archangelos Michael, of which only ruins are left, remained inhabited with few people until the beginning of the 20th century. The monks left the monastery in 1900 and ceded the place to the municipality of Sellia. The last inhabitants of Finikias left in 1915.

During the Ottoman occupation

According to the legend, Sellia has never been conquered by the ottomans. As well never a turk set foot into the village. However, there are also statements that two Turks used to live in the village. Further legends are about how they kept the Turks, as well as the Corsairs, off the village.

Many Selliani were partisan leaders and active fighters in the western part of the province of Agios Vasilios and in the prefecture of Rethimno during the years of resistance against the Ottoman’s rule during 1821-98.

Of the many resistance actions during this period, two battles are worth mentioning:

The Battle of Charoupidia (July 1867, around the area where todays water silo is located, on the road between Sellia and Plakias) coming from Sfakia, an army with 10,000 soldiers moved to Sellia. With the support of the surrounding villages, among others the villages of Rodakino, Mirthios, and Lefkogia, the Ottomans could be repulsed. Their leader was seriously harmed and great turmoil and injuries were caused to his army. Until this day this battle is celebrated in a folk song

The Battle for Sellia on 10.04.1896
At that time the Cretan commission for the change of government was based in Sellia; it was the time shortly before the liberation of Crete from the Ottomans. In order to destroy this commission, a Turkish army set off for Sellia coming from Koksare. The Commission could be helped to escape in time. Likewise in time, the armed village resistance fighters left the village for strategically positioning. The village was encircled by the Turks but found empty. The following fight taking place above Sellia got support from Preveli and finally from Asia Gonia, Alones, Kali Sikia and other villages. It was hard and murderous fight. Disorder and chaos could be caused within the Turkish ranks, so they had to retreat under losses. This struggle had an influence on the further resistance of Crete against the Ottomans, which then led to real independence in 1898.

Sellia has produced many academics over the past 120 years. Two of them are to be distinguished due to their high level of recognition in Hellas:

He was a doctor of the Theological School of Athens, studied Byzantine and ecclesiastical history in Munich in 1906 and subsequently became a lecturer in the history of the Church at the University of Athens. He had an outstanding academic and university career ahead of him. But in disaccord with his disciples, his brothers and his friends, he did not allow himself to be drawn back in 1912 as a patriotic, voluntary fighter in the first Balkan War, where he finally died in November of the same year as leader of his volunteer corps. He was the only university lecturer to sacrifice his career to the war

He went to the Primary School Sellia, graduated from the school in Rethimno in 1924, and then studied philology at the University of Athens. In 1931 he became an unregular, 1946 a regular editor of the Historical Dictionary of the Academy of Athens. He then completed a postgraduate degree in comparative and historical linguistics. In 1945 he was appointed university lecturer in Athens, and in 1949 he was appointed full professor of linguistics. In 1957 he became Dean of the School of Philosophy. In the academic year 1963 to 1964 he was elected Rector and from 1969 to 1977 he presided the Society for the Promotion of Education (Φιλεκπαιδευτικη Εταιρεία). For a short time, he was Minister of Education in the Transitional Government of Ioannis Paraskevopoulos from 31 December 1963 to 19 February 1964. One of his pupils was Georgios Babiniotis (an eminent encyclopaedist of Modern Greek). He was a member and chairman of many societies: literature, linguistics, folklore, Cretan studies, etc. Kourmoulis was chairman of the management committee of the University of Crete from 1963-64 and decisively responsible for establishing its headquarters in Rethimno. His fundamental contribution to linguistics is still acknowledged today [Wikipedia + K. Andredakis].

Between 1836 and 1842 the Primary School Sellia was founded and operated by the church. Shortly after the independence of Crete in 1899 it was operated as a state school with two classes. In 1997, together with the other schools in the area, it was transformed to form a six-class school based in Plakias. The last building of the former Primary School in Sellia now houses a place for further professional education.

In the area there are 15 churches and chapels, mostly dating back to the Byzantine period. The chapel of Agios Fotis, east of the village, has to be highlighed. Today the many Byzantine frescoes inside unfortunately are partially destroyed.

The churches within the village:

Assumption Day (Kimisi tis Theotokou – Κοίμηση της Θεοτόκου) as the main church of the village and Agios Georgios (on the Kastelos, next to the cemetery). 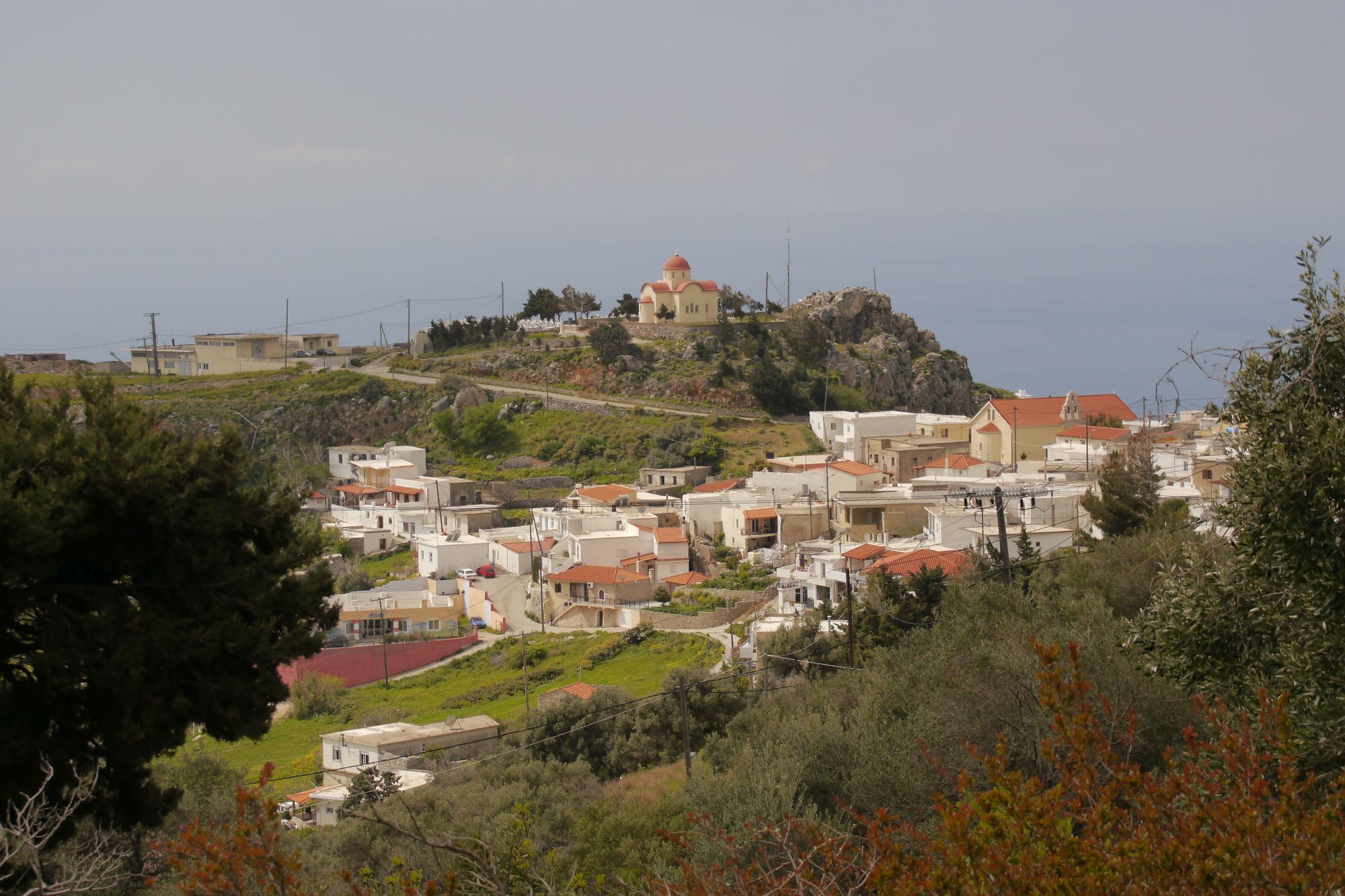 The chapels outside the village: 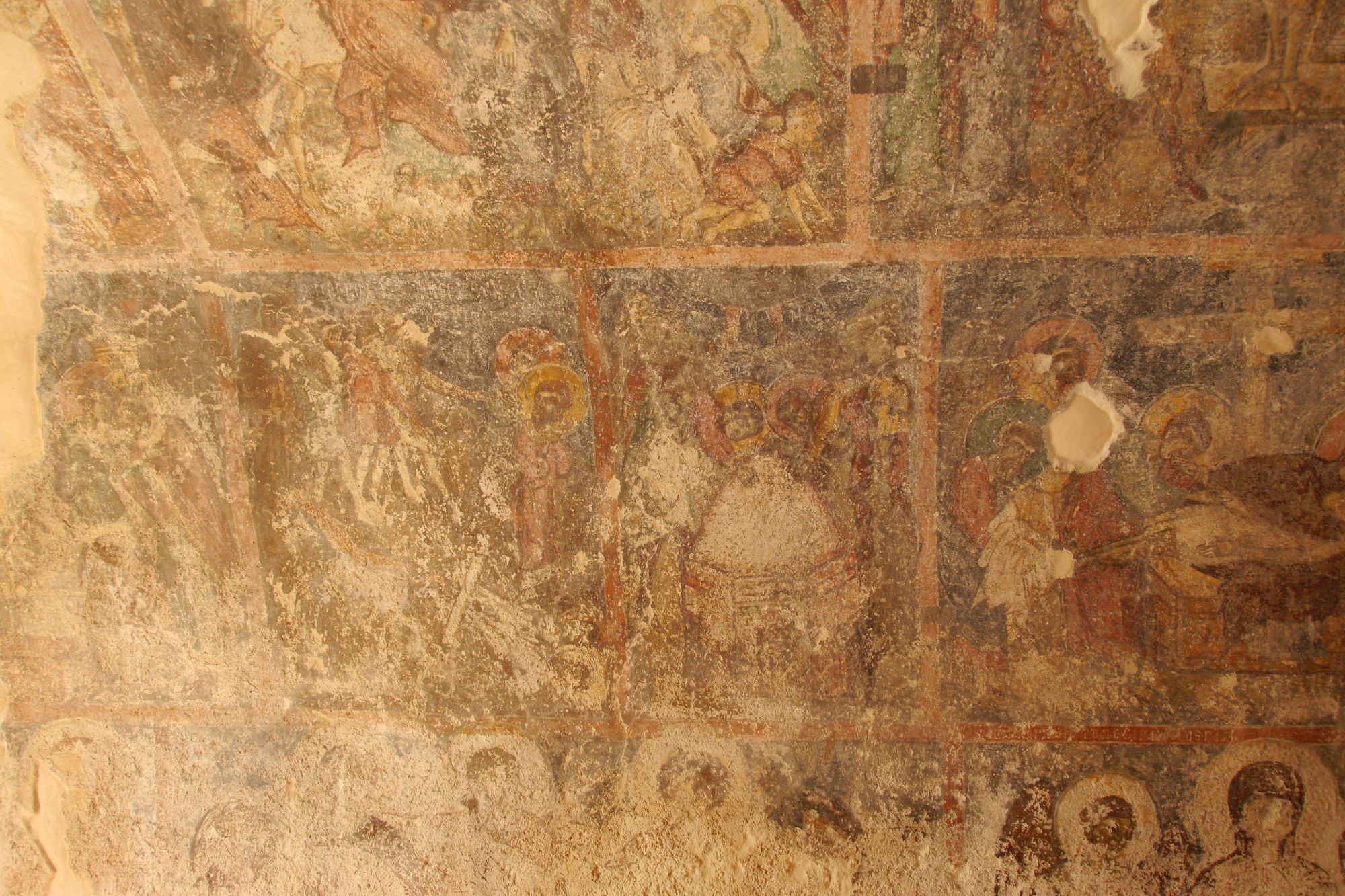 Zoodochos Pigi (Plakias), Agios Stavromenos (south-east), Agia Irini (today a ruin), Agios Fotis (east, near the village), Kera (ruin, on the road to Souda / Plakias), Agios Konstantinos (north-west, about 2 km), Metamorfosi tou Christou – Μεταμόρφωση του Χριστού, on the way to Agios Konstaninos), Gospel of the Virgin Mary (Efangelismos tis Panagias – Ευαγγελισμός της Παναγίας, a little east of the “Finikias ruins), Archangel Michael and Gabriel (Archangelos Mikhail kai Gavriil – Αρχαγγελός χιήαήλ και Γαβριήλ, next to the ruins of the monastery in Finikia), Agios Nikolas (on the road to Kanevos at the entrance of the ravine), Agia Marina (further west of Agios Konstaninos, near the road to Radakino), Kera  (to the west near the village, half-finished walls), Agios Stefanos (no longer existent and no remains) and Agios Andreas (on the paved road between Sellia and Souda).

Until the 1970s the rural economy was based on olive oil and livestock breeding. A special case was the cultivation of the very popular onions and bulbs, which supplied the whole prefecture of Rethimno and the Messara. In this part of Crete the water supply is ensured because of many natural sources. 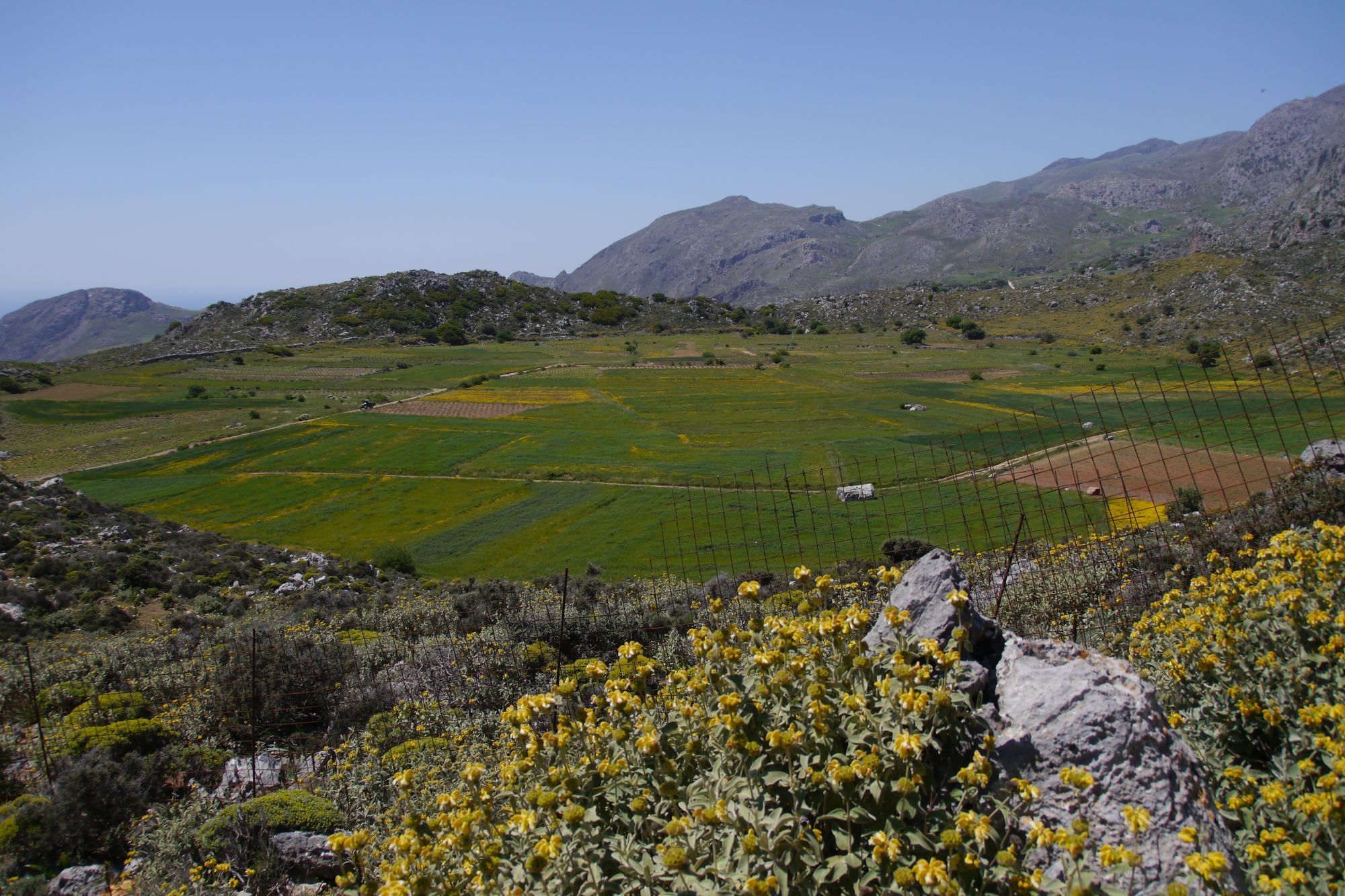 Since the 1980s, the share of tourism to the local economy has grown, and many Selliani operate touristic business between Plakias and Souda or are employees.

There is still horticulture for self-sufficiency. The olive oil too is still of importance, as well as the livestock. There is a cheese factory in the village that produces exquisite Kraviera and Feta. A milk processing plant is located in the area, which processes the milk of the surrounding villages.

The village has a library, a folklore museum and a spiritual-ecclesiastical center.

The first three years since its founding in 1909 were the most important of the association: foundation of the evening school for adults, foundation and maintenance of a lending library, health and medical care of the inhabitants, sports activities, running a shooting range and promoting business. These years were followed by the first Balkan War, First World War, Asia Minor War, Dictatorship Metaxa, Second World War, Civil War 1946-49 and the military dictatorship 1967-74. This long period of troubled times caused the interruption of the activities of the association. In 1977, it was brought to live again with the reanimation of the old ideas. It exists until today promoting its activities. 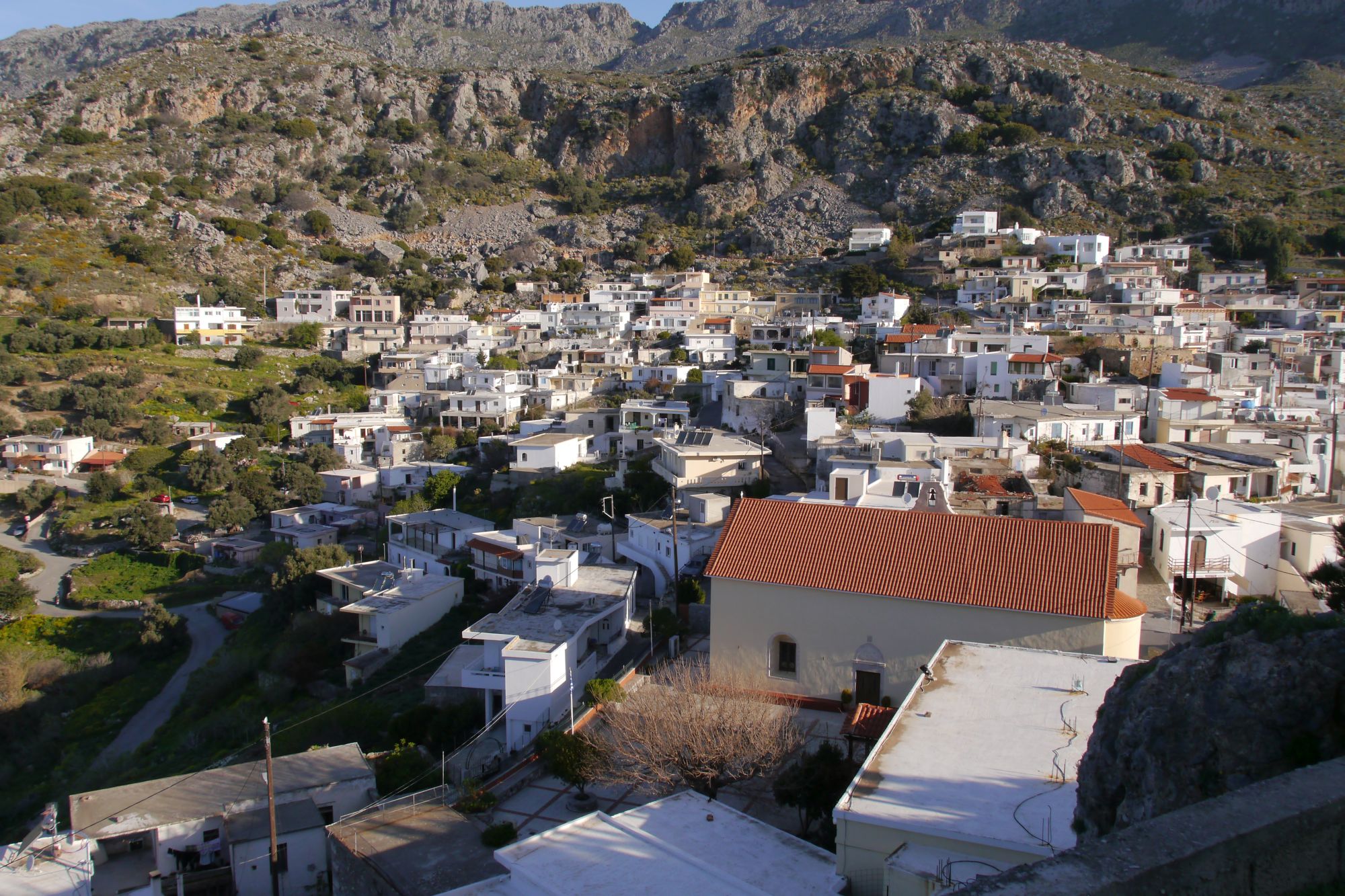 View from the “Kastelos” to the western side of the village. In the foreground the main church.           (©) Andreas Engelhardt